Eligible nominees for the Fellow CPHR should have demonstrated leadership in at least three of five key areas:

A nominee will also have exemplified the values in the CPHR code of conduct (fairness, justice, dignity, respect, and integrity) and have shown adherence to the statutory acts, regulations and bylaws of CPHR Canada and their provincial HR association. 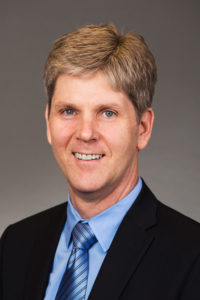 Rob Cutler has provided transformational HR expertise across industries for more than 25 years. His success leading a high-stakes business technology project earned him a nomination for the CPHR BC & Yukon Award of Excellence – HR Professional of the Year in 2013, and his noteworthy work has not slowed since.

Having majored in accounting during university, it’s no surprise that Rob’s knack for financial matters has proven valuable. His stint with The Loewen Group in the early 2000s came during bankruptcy and upheaval for the funeral services company, and his ability to bridge financial realities with the well-being of employees helped stabilize the company and revitalize staff engagement.

At Accenture Business Services for Utilities, Rob tapped into the same skills to streamline processes and implement technology improvements. He helped his team hit new highs for its metrics of employee engagement, customer satisfaction , and profitability for their client-serving organization.

An even larger challenge would arise for Rob at the Land Title & Survey Authority of BC (LTSA), where he served as VP of HR for 12 years. Technology was outdated, and a broad, bold change was necessary to automate the processes of day-to-day work. Such a project required expert-level change management for the new system’s users if the three-year, $20 million investment was going to be worth it. Rob delivered just that, consistently surveying and gauging the needs and concerns of LTSA staff. The project ended up succeeding in modernizing and automating 60% of the organization’s processes and setting it up for future growth.

In 2020, Rob transitioned out of HR into a technology role as VP Business Innovation and Chief Product Officer for LTSA where he leads a team responsible for new business development and product management. Rob is excited by the challenges and opportunities that this new role brings. Given his career trajectory to-date, he is confident that the knowledge, skills, and abilities that his HR career has helped him develop will serve him well in this new role.

Rob’s involvement with CPHR BC & Yukon began in his student days and has been crucial in steering the organization to its present state of financial stability and vitality. Today, a past Board of Directors member and Finance Committee chair, Rob Cutler is a 2021 recipient of the Fellow of the Chartered Professionals in Human Resources (FCPHR) designation. 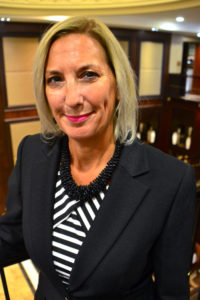 A proprietor, mentor, and evergreen example of HR excellence, Kristi Searle has been delivering value to industry clients and raising up others in the field for decades.

Kristi’s prolific career began in 1987. She struck out on her own in 2003 with the creation of Peoplebiz, her full-service consulting firm that has provided tailored HR services to countless companies since its inception. From small local enterprises to First Nations Organizations to Fortune 500 giants, Kristi’s sound expertise and complete suite of HR services have been indispensable across the region for years. At the helm of Peoplebiz, Kristi has proven herself to be a trusted advisor, recruiter, and all-around expert in the field, and she hasn’t looked back since.

Those who work alongside Kristi speak highly of her generosity, both with her time and her wisdom. This shows in her years of volunteerism and her reputation as an enthusiastic mentor for fellow HR professionals at all career levels. Active with CPHR British Columbia & Yukon since 1994, she has contributed to a multitude of committees, founded and co-chaired the Richmond/Delta Roundtable, and served multiple terms on the Board of Directors, including as Vice President in 2004. Kristi is a current board member since 2018.

Beyond CPHR, Kristi shares her gift and passion for the profession with Dress For Success Vancouver, a non-profit that helps women enter the workforce by providing business-appropriate attire and career mentorship. She has been a Career Specialist with the group since 2016, helping to maximise the potential of women in her community as they seek gainful, lasting employment.

A pragmatic builder of best practices for her clients, a continually involved contributor to the industry, and a respected leader in the community, Kristi Searle is a 2021 recipient of the Fellow of the Chartered Professionals in Human Resources (FCPHR) designation.