2021 Award of Excellence – HR Professional of the Year

This award recognizes exemplary HR professionals who contribute by improving their organization’s bottom line, achieving business results, developing innovative and sustainable programs, as well as demonstrating leadership and commitment to the HR Profession.

Get to know the two finalists for the 2021 Award of Excellence – HR Professional of the Year, sponsored by Integra 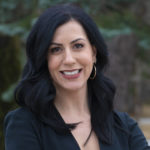 From B.C.’s northern capital, Kara Biles is leading inclusion and diversity at Canfor, one of the world’s largest producers of sustainable lumber, pulp and paper. Male-dominated industries are a daunting arena for this pursuit, but the influence, tenacity and lived experiences Kara brings has ushered in progressive and impressive change to a traditional company’s HR practices.

Kara’s journey at Canfor began as an HR Generalist. A decade later as Director, Learning and Leadership, Kara has been integral in developing an Inclusion and Diversity strategy. As the I&D Lead and Diversity Council Co-Chair, she has executed unconscious bias training with nearly 100% of salaried staff. Kara’s tackling systemic barriers, sharing results, and taking action to promote the initiative. With overwhelmingly positive response and eager requests for more, Canfor’s goal of “achieving a workforce balance reflective of our communities” is seeing significant progress.

In addition to the pioneering I&D portfolio, Kara leads L&D and delivers leadership programming for every level. Her mentor-centric Accelerated Leaders program has paved clear internal pathways for future executives, notably for women in top level succession plans. Kara’s MentorMe program is highly sought after and she has executed Canfor’s Business Bootcamp, a COVID-19-specific “Shifting Gears: Leading in the New Normal” series and panels on women in leadership and STEM roles.

In her community, Kara is involved with CPHR and serves on the Board at the Prince George Chamber of Commerce and Two Rivers Art Gallery and is a sessional HR instructor with the School of Business at UNBC.

Hailing from the Batchewana First Nation, Kara is Anishinaabe and mixed settler ancestry, and has been instrumental in fostering transformational change within Canfor, a change lauded by many of Kara’s peers as impressive in its speed. This is no doubt thanks to her passion and tireless work for the cause. 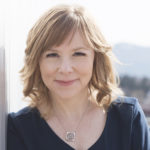 Tanya Wick is a veteran HR professional who made history as the first female executive at Tolko, a B.C.-based forest services company. She was also the youngest ever appointed to the VP level when she joined as Vice President of Human Resources in 2010. Since then, Tanya has pushed the company into new realms of positive change, filling in areas of the business that were once overlooked.

Early in her tenure, Tanya planted the seeds with a male-dominated executive peer group that Tolko’s people were the foundation of future success. She began measuring diversity within the company and advocated for a greater representative balance. As time passed, her efforts grew to fruition, including a Diversity & Inclusion Steering Committee, an annual People Awards program, and Unconscious Bias training for executives, managers, and supervisors.

Tanya has executed on specific projects for Tolko’s female employees. In addition to sending a personalized welcome to each new female hire, she fosters connection between the women of the company and ensures accessibility for them to share their viewpoints with her and the broader executive team.

Tanya is also affecting change farther afield. She leads a “Women Succeeding in Forestry” LinkedIn group, and is sought after as a keynote speaker and subject matter expert on Diversity and Inclusion within the primary industry. She was also selected as one of three industry reps on the National Gender Equality in Forestry Steering Committee, helping to bring change to the industry nationally. Tolko has evolved to become a leader in this area, in no small part due to the relentless pursuit of improvement by their first female VP.

The accomplishments Tanya can hang her hat on at Tolko were neither instant successes nor easy wins. She still encounters pushback, but those who have worked with Tanya credit her tenacity, persistence, and unfailing desire to evolve old ways of thinking and operating into the modern times. Unafraid of standing out, she started using her voice early to create the change she believed was necessary and inspired a great number of future leaders along the way.

The 2021 Award of Excellence – HR Professional of the Year is sponsored by: