2020 Award of Excellence – HR Professional of the Year

This award recognizes exemplary HR professionals who contribute by improving their organization’s bottom line, achieving business results, developing innovative and sustainable programs, as well as demonstrating leadership and commitment to the HR Profession.

Get to know the three finalists for the 2020 Award of Excellence – HR Professional of the Year, sponsored by Integra 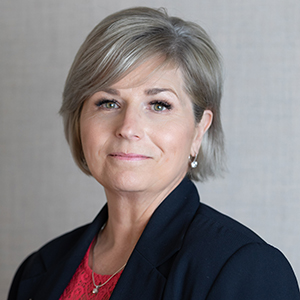 Jessie Drew has brought unity and harmony to Northern Lights College, a multi-campus post-secondary institution in northern B.C. The job of increasing morale across the college’s various employee groups is not an easy one, but Jessie has been a reliable source of optimism and inspiration. Her efforts have helped faculty and staff re-engage with their employer and delivered astounding statistical results in the process.

Jessie began her tenure with Northern Lights College in 2013 as HR Manager. She handled day-to-day functions before being promoted to Executive Director and then Associate Vice President, People and Institutional Strategy, her current role.

As she began her Associate Vice President role, Jessie was seeing low survey scores measuring engagement between the college and its constituents, namely staff, faculty, and students. After assembling a plan with her HR team, she mobilized the college with a plan focusing on a people-first approach and a human-centric leadership strategy. It was an effort to build rapport and excitement around the employee experience at Northern Lights College, which would in turn positively impact external perception in the community.

Given the structure of the college, this was an ambitious undertaking. The geographic region is equivalent to the northernmost one-third of the province. Across more than five physical campuses, silos, isolation, and discontent can be difficult to remedy. This is especially true in more remote parts of the province with limited services.

With a mix of events, social media efforts, and campaign slogans such as “I love NLC”, Jessie demonstrated infectious leadership and tenacity to help increase positive sentiment within the employee groups. She helped build the trust required to foster a family-like atmosphere, and focused forward on the future and potential opportunity rather than dwelling on issues of the past.

The results were dramatic. Survey response rate jumped from 58% to 72% in three years, and the engagement score increased from 52% in 2012 to 72% 2018, which is well above the average for B.C. post-secondary. The college has also seen a decrease in union grievances, and an increase in governance participation.

Jessie’s HR talent and fearless commitment to a positive future have brought new levels of satisfaction and engagement to the halls of Northern Lights College. 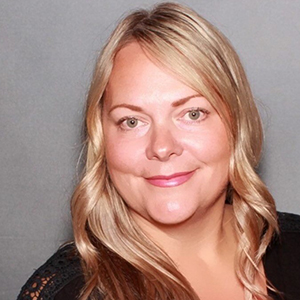 Joanna May has been a champion of quality change management at Community Living Victoria, a decades-old provider of services and support for people with intellectual disabilities and their families. In her four years as HR Director, she has made positive progress in recruitment, retention, attendance, and safety, all with an empathetic ear to the ground on the front lines.

Arriving in an organization with many long-serving employees and replacing a retiring HR Director who led for 38 years is no easy task, but Joanna adopted a very intentional “listen-first” approach. Between visits to worksites across a highly decentralized cluster of locations, she ensured she was beginning her tenure with a full understanding of Community Living Victoria at every level, from the Board of Directors to the frontline staff. Only after a lengthy listening period did Joanna begin to convert her deep industry knowledge and her desire to create positive change into action and results.

Victoria’s high cost of living requires many residents to juggle multiple part-time jobs, which is the case for many of Community Living’s relief staff. Joanna worked to create better connections between these valuable employees and the organization, as well as between the employees themselves. Her strategies for recruitment and retention were human-centric and comprehensive. Employing referral programs, team meetings, onboarding improvements, and more, Joanna has nurtured a more engaged workforce and realized cost efficiencies for the organizations all at once.

Community Living Victoria employs people across over 20 locations, with many shifts being filled on short notice. Joanna identified that the process for confirming last-minute staff was antiquated, time-consuming, cumbersome for location supervisors, who had no shortage of other tasks demanding their attention. She successfully piloted and rolled out a modern platform that allowed for the digital send-out and confirmation of shifts in real time, saving hundreds of hours and countless phone calls for supervisors.

Change is never simple, especially for more seasoned organizations that retain hundreds of years of organizational knowledge within their staff. As the first in a new generation of leadership, Joanna has proven to be the right mix of action and understanding for Community Living Victoria. Additionally, she has continued to grow through education and professional development, which has included offering her time and HR knowledge to support others. In the fall of 2020, Joanna looks forward to leading a CPHR BC & Yukon Labour Relations roundtable where she will have the opportunity to work with other industry leaders in sharing resources and learning through good discussion of challenges and best practices. 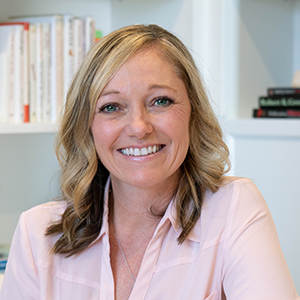 Sandra McDowell has been developing innovative programs to make First Credit Union a great place to work for over 20 years. As the VP of Culture & Communications, Sandra’s approach uniquely bridges neuroscience, human behaviour, and the techniques of 21st century leadership.

Sandra has received a Masters in Leadership and Certified Executive Coach designation from Royal Roads University, and a certificate in Neuroscience from the Neuroleadership Institute. From the beginning of her career, she has been grounded in the values of caring and connection, and has been passionate about providing advocacy and growth for others, especially in the HR profession.

On the heels of the 2008 Global Financial Crisis, Sandra proposed leadership development as a critical strategic priority for First Credit Union. She built and fostered a robust leadership and coaching program and championed a learning culture which has been a key driver of employee experience, retention, and profitability.

Although Sandra was a catalyst for this focus, she credits the leadership team of First Credit Union for the increased engagement the program has yielded. She also credits her HR team for championing a learning culture that is rooted in leading with both heart and backbone.

Sandra’s work reaches beyond the boundaries of First Credit Union. As an HR professional, she saw the worldwide need for brain-friendly leadership training and founded eLeadership Academy in 2015. The programs have proven successful, with international endorsement and exceptional feedback. Since 2015, nearly 16,000 people have participated in her online programs, presentations and workshops. In addition, Sandra provides leadership and coaching expertise through Cusource, the national learning association for Credit Unions, serving over 30,000 employees nationwide.

The advancement of HR professionals, women and emerging leaders is of significant importance to Sandra. She has volunteered her time facilitating sessions for these groups around the world, offers scholarships for her online programs, and was the catalyst for a youth leadership program at First Credit Union, where participants have earned over $100,000 in scholarships since 2004.

Sandra McDowell is also associate online faculty at Royal Roads University, and speaks internationally on the Neuroscience of Leadership. Through this work, Sandra has helped to build a new class of brain-conscious, human-centric, courageous leaders that can change the world for good.

The 2020 Award of Excellence – HR Professional of the Year is sponsored by: