The Rising Star Award recognizes HR professionals who are ‘lighting the HR community on fire.’ These young HR trailblazers hold the future of the HR profession in their hands and are the lifeblood of many CPHR BC & Yukon volunteer committees.

Get to know the three finalists for the 2019 Rising Star Award, sponsored by LoganHR. 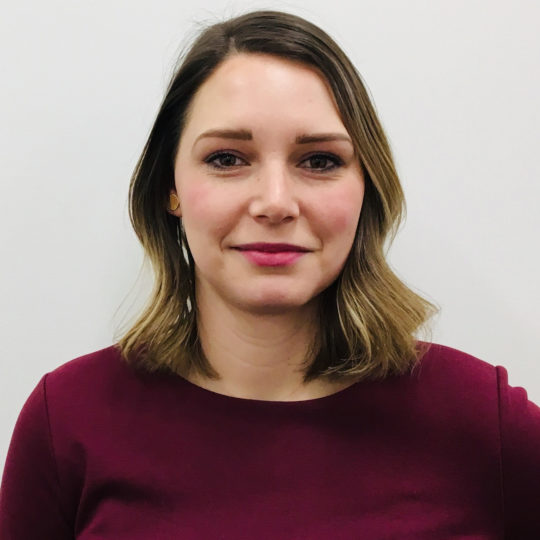 A lifetime learner from an early age, Miranda Birkbeck, CPHR candidate walked into her first day on the job at First West Credit Union (First West) in Kelowna with all parties already aware of her potential.

Highly active in the HR field long before graduating with a Bachelor of Business Administration with Honours, HR Management, Birkbeck had served as an HR technology intern with First West for seven months in 2016, contributing to some key projects and proving herself a quick study in the process. She had also already competed twice in the HRC West competition, completed an honours degree through a recruitment project and volunteered as a student administrator on the CPHR BC & Yukon’s Southern Interior Advisory Council.

With her passion proven and path clearly set on HR, Birkbeck has proven an invaluable asset to First West since officially joining later that year. Long before being promoted to the role of HR advisor in late 2018, Birkbeck had grown that investment of trust considerably and shown considerable ROI in the process.

In a similar case, she played a fundamental role in the implementation of First West’s new application tracking system, Taleo, learning to configure the system with little input to automate external offer letters and parts of the pre-boarding process.

With approximately 1,750  employees in more than 90 locations across B.C., First West’s HR service centre is a very busy and highly effective virtual team—with Birkbeck to thank for myriad technical touches ranging from the amalgamation of eight-plus regional email inboxes, the implementation of new technology to launch a group phone line to the service centre, full migration and optimization of both the benefits, and learning and development administration, as well as the implementation of a case management system.

Most recently, she has been leading the development of a new employee value proposition by applying her own values of research and collaboration: creating a work plan, organizing project resources, gathering internal data and analysis and collaborating with the First West leadership team to ensure strategic alignment.

While much of the above is highly-technical, Birkbeck is credited with a passion for the minute details and big picture alike, sourcing technology solutions which work for the wider team. As such, she has not only earned the respect of her HR peers, but is credited with elevating the HR delivery model to employees. Integral to implementing self-service within the organization, Birkbeck is always looking for innovate solutions to improve employee experience, while constantly pushing beyond her own comfort zone, as she did in creating the metrics dashboard for First West’s HR service centre, which now provides a steady stream of operation metrics to better serve employees.

Her efforts have shown exponential return, including a time savings of 618 hours annually in HR administration.

A champion in her own right, Birkbeck is keen to champion the success of others, and has been working to enhance First West’s awards and scholarship programs, .  developing systematic approaches to maximally recognize the organization’s top-performing employees.

An exemplar of learning and giving back, she is currently the volunteer coordinator for Elevation Outdoors, a community-supported program designed to enhance the lives of local youths facing significant socio-economic challenges. Similarly empowering is her role as a Girl Guide’s leader for the Sparks division in Kelowna where Birkbeck leads young girls aged five to six on the journey of self-leadership. 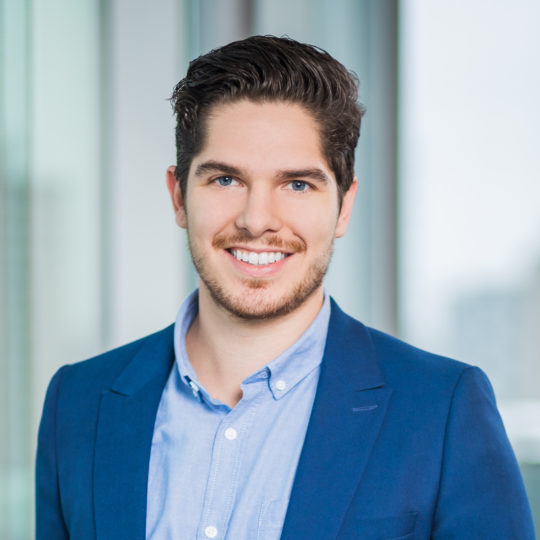 A fine balance of business acumen and HR professionalism has made Stuart Heaven, CPHR an invaluable driver at TPD (formerly The Personnel Department) ever since joining their Vancouver office in 2015. TPD is a HR and workforce solutions organization that offers staffing, recruiting, executive search and career coaching services, with a total of 1,625 employees company wide, nearly 1,150 of which are in British Columbia.

Lifted by his own results, Heaven is now a valued member of TPD’s Leadership Team—where he has set a new benchmark for proactive contribution and collaboration. All of this befits a young HR professional recognized as a trailblazer from day one.

While originally hired as a coordinator for light industrial staffing, and later promoted as manager of the division, Heaven has since moved up, promoted to enterprise staffing manager in 2017 and, most recently, in the fall of 2018, to senior manager of TPD’s staffing division.

Humble, driven and holding both a Bachelor in Business Administration, as well as an advanced diploma in Strategic HR, both completed in 2015, Heaven’s rapid advance stems from both a well-rounded education, as well as everyday results. As an emerging HR professional, he secured his CPHR designation in 2018, and has made significant strides, both qualitatively and quantitatively with the employee base and the TPD leadership team.

Well-regarded by the TPD Management Group for his positive attitude and inquisitive mindset, Heaven’s past accounting experience has merged a knack for analytics with the people skills and the know-how needed to achieve targeted results.

Case in point, his multiple initiatives—including an Employee Turnover Analysis, On-Job Performance, Performance Management and an Employee Engagement Program—have all had a significant impact on TPD’s bottom line and employee satisfaction alike. Just how impactful is now easier to measure as well, as one of Heaven’s first initiatives in the light industrial staffing division was to create a KPI scorecard and measurement system for critical HR metrics. The value of the KPI scorecard was immediate and invaluable, providing TPD with a better ability to predict business performance, troubleshoot early on where needed and more clearly communicate with all stakeholder groups.

The fact that these programs and projects stemmed from Heaven’s own perceptions of the challenges faced make the uptake by the broader team even more impressive. Moreover, in taking the initiative to document his work to train others within his division, he created a business case rooted in process improvement and KPI tracking for other departments to follow.

Of his own accord, he developed, tested and implemented with a degree of professionalism that has won him high regard for his commitment to developing others, willingness to challenge the status quo and strong moral character. Those traits, coupled with Heaven’s ambition, determination and innovation, has set him apart, while allowing him to bring others together with his focus on shared results.

In 2017, Heaven was recognized internally by TPD for his leadership skills and nominated to participate in their leadership development program, TPD Rocketz. Even amidst this prestigious group, which represents only the top 10 percent of the company, he stood up as a leader among leaders, paving the way for innovative real world solutions to existing business challenges.

That focus on sharing extends beyond the workplace. Since 2017, Heaven has volunteered with the Vancouver Chapter of the Better Business Bureau on the Accreditation Review Committee, where he contributes his business acumen and HR expertise to facilitate disputes and make difficult decisions. A respected member of the committee and well-regarded by his peers, Heaven is rapidly gaining the recognition in the professional realm, for a lifelong commitment to giving 110 percent to any endeavour. 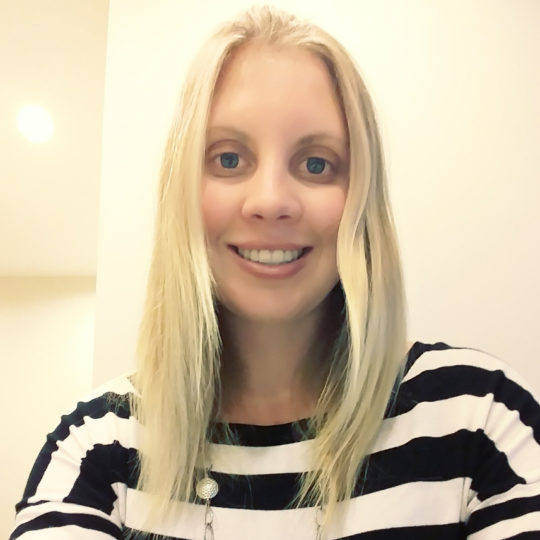 A proven HR professionalism and passion for learning has made Kristine Sultmanis, CPHR candidate, a seasoned and “decorated” member of the Canadian Forces Base (CFB) Esquimalt, Canadian Forces Morale and Welfare Services (CFMWS) in short order—and put a significant polish on the reputation of HR in the process.

In 2018, Sultmanis was recognized internally by CFB with a Certificate of Merit, as well as being presented with the “Rising Star” award by HRD Canada. What she values most is the trust she has earned HR on base, much of which is rooted in her willingness to facilitate career development conversations with employees.

Since joining the CFB Esquimalt, CFMWS in 2016—after graduating with a Bachelor of Commerce, Specialized Honours in HR Management—her ability to listen and communicate, coupled with her analytical and creative problem solving skills have seen Sultmanis appreciated at local and national levels alike.

Case in point, while hired as an HR assistant, Sultmanis effectively bridged the gap between HR managers on the Canadian Forces base for many months as the sole HR resource—gaining invaluable experience and admiration for HR in the process. During that time, she adopted a strong open door policy, changing many perceptions of HR in the process which remain to this day.

Stepping up to manage complex and challenging deliverables with minimal support during the HR manager transition, Sultmanis continues to move forward as the base’s go-to resource person. Since having taken on the challenge of onboarding her new manager, the duo have dubbed the most engaging team the senior manager of personable support programs has the pleasure with which to work.

That assessment is widely shared and rooted in Sultmanis’ skills as a communicator. Whether leasing with employees at all levels to identify sourcing solutions for hard to hire unionized positions—which resulted in nine successful hires—or serving as the HR representative on the Martime Pacific Organizational Health and Wellness Committee—her ability to connect is what has resulted in a string of such successes.

In constant communication with managers and division heads at the local level, her ability to help clients meet their deadlines has resulted in nothing less than the overall improvement of HR service delivery. From improving local learning transfer to revising material and bilingualism curricula at the national level, Sultmanis has been recognized by her CFB peers and the VP of HR as a top performer—one with immediately applicable, innovative ideas, as well as a strong vision for the long-term.

Moreover, with a rapport grounded in mutual communication, all levels of staff have benefited from her ongoing improvement of the HR department—and now work together to continue to improve it.

What make her accomplishments even more of a standout is the fact that she has managed to increase accountability, engagement and performance in a heavily (over 50 per cent of CFB’s 4,000 employees nationwide) unionized environment with absolutely zero budget.

Sultmanis is a passionate professional and relentless volunteer. Actively involved with Toastmasters as a Speechcraft coordinator and facilitator, as well as being a Certified Life and Executive Coach Practitioner and ski instructor, the gift is in the giving and the goal is empowerment. Speechcraft is a six week program designed to teach participants the fundamentals of public speaking; as such it is a natural fit for Sultmanis, as is her VP of membership status with the Toastmasters Quorum Club—leading and learning simultaneously, while helping others to do the same.

The 2019 Rising Star Award is sponsored by: